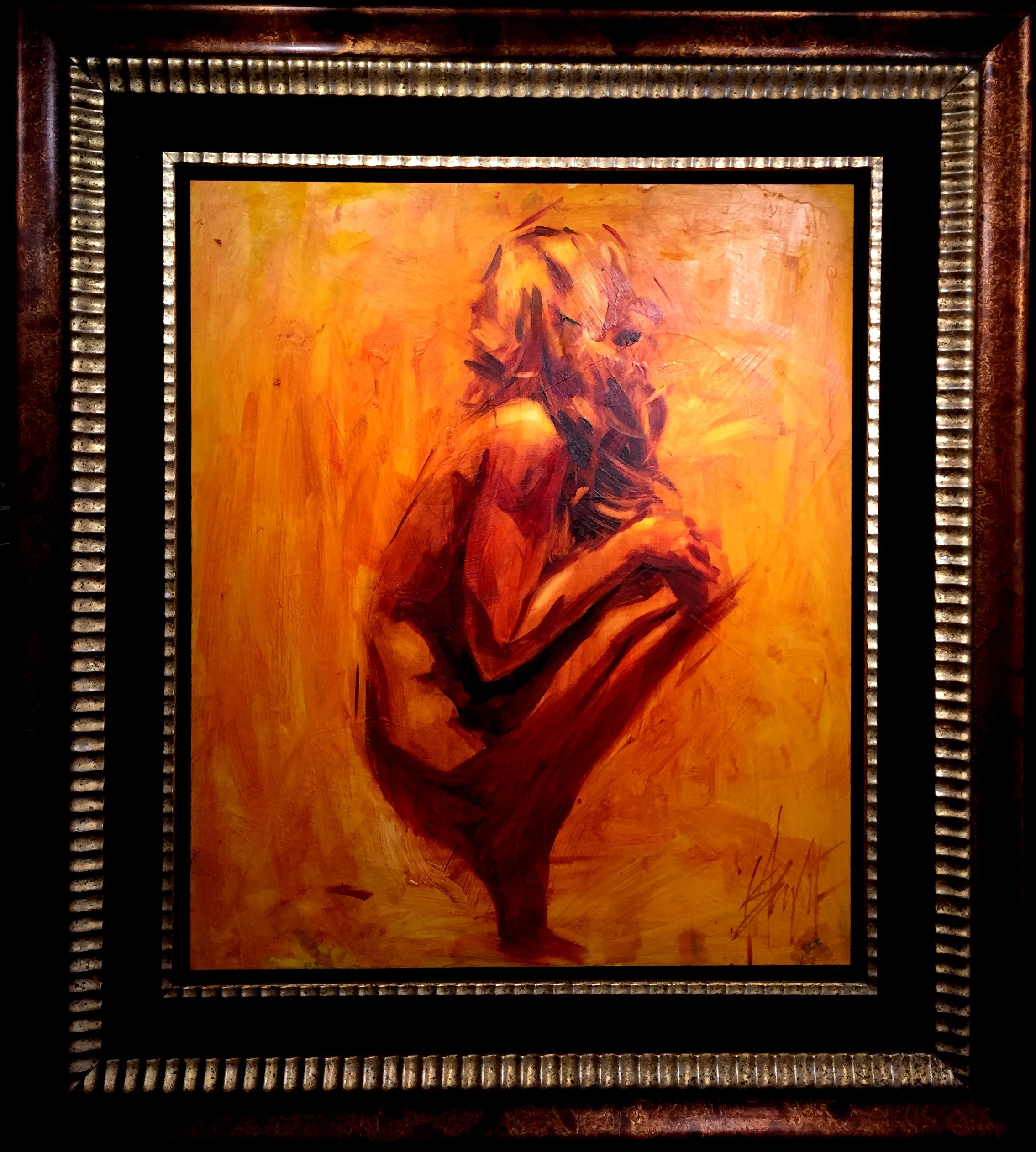 “I want people to feel what I am doing – not just see what I am painting.” Henry Asencio Contemporary painter Henry Asencio has emerged as one of the most intriguing young artists working today.Avant-garde in execution, his work blends the classical ideals of figurative painting with a unique, contemporary style revered in his art. The artist states, ” Painting for me is very cathartic and is the most articulate way for me to express my passion and internal dialogues.”

Merging introspection and visual spectacle, Asencio’s personal investigations of feminity, spirituality and abstraction possess the power to transform today’s ideals of elegance and contemporary sensuality. “Abstract Expressionism” or “Abstract Realism”, Asencio’s work cannot be pigeonholed by style or semantics. His open brushwork, sweeping color, use of texture and precise drawing skills have resulted in a body of work that has earned him international accolades.
In 1996, Asencio was sponsored by art supply company, Thayer and Chandler, which resulted in exposure in exhibitions as far as Germany and Paris. In 1998, Asencio’s work was recognized in an art competition in Amsterdam.

Earning the prestige of being a first time artist dually awarded with gold and silver medals in two separate divisions, he was acknowledged for self portraiture in oils and work in acrylic medium.
Excellence in his chosen discipline, Asencio graduated with honors from the San Francisco Art Academy in 1999.
He was a chosen finalist in an Artist’s Magazine compettion that same year, again for his work in portraiture. Although he earned a living as a portrait artist early in his career, today Asencio is “more concerned with creating a mood and pushing the aesthetic rather than achieving a true likeness as the ultimate end.” The artist refers to his current content of his work as “sublime figures with aggressive application”.He claims to be naturally drawn to paint the human figure for its timeless sensitivity and he adds, “nothing inspires me more intensely than the female form.” Noted for the sensual vitality of his work that is striking and simple yet, sustain its integrity through the subtleties.” In the end, it is the impulsive approach to his art and the passion expressed in each Asencio painting that has the power to move the viewer and take on an identitly all its own.

Asencio proclaims an admiration for artists who have chosen their own path, those who are inspired to follow their muse. And it is this path that he has chosen for himself as a fine artist. Inspired by the works of British artist Lucien Freud, the grandson of Sigmund Freud, Asencio claims, “his work of the flesh is unsurpassed”. He is also motivated by the “unbelievable vision, work ethic and unrelenting passion” of Pablo Picasso.
Other notable inspirations include Wilhelm de Kooning for “making every stroke of the brush different” and Gustav Klimt for “making decorative painting with integrity.” Using life as a vehicle to produce his art, Asencio’s work translates an impulse into his own reality on canvas and other surfaces. He has recently begun to paint on board, as the surface is more resilient to his aggressive paint style. The artist prefers to work in oils as “nothing compares to the richness and workability of the oil medium and it fits my technique perfectly.” He frequently works with live models or photographs. He will begin a painting with gesture drawing and then begin to mix color and apply the paint according to his temperament. Asencio applies the thick paint with a palette knife thereby transforming a traditional painting into one possessing his signature style.