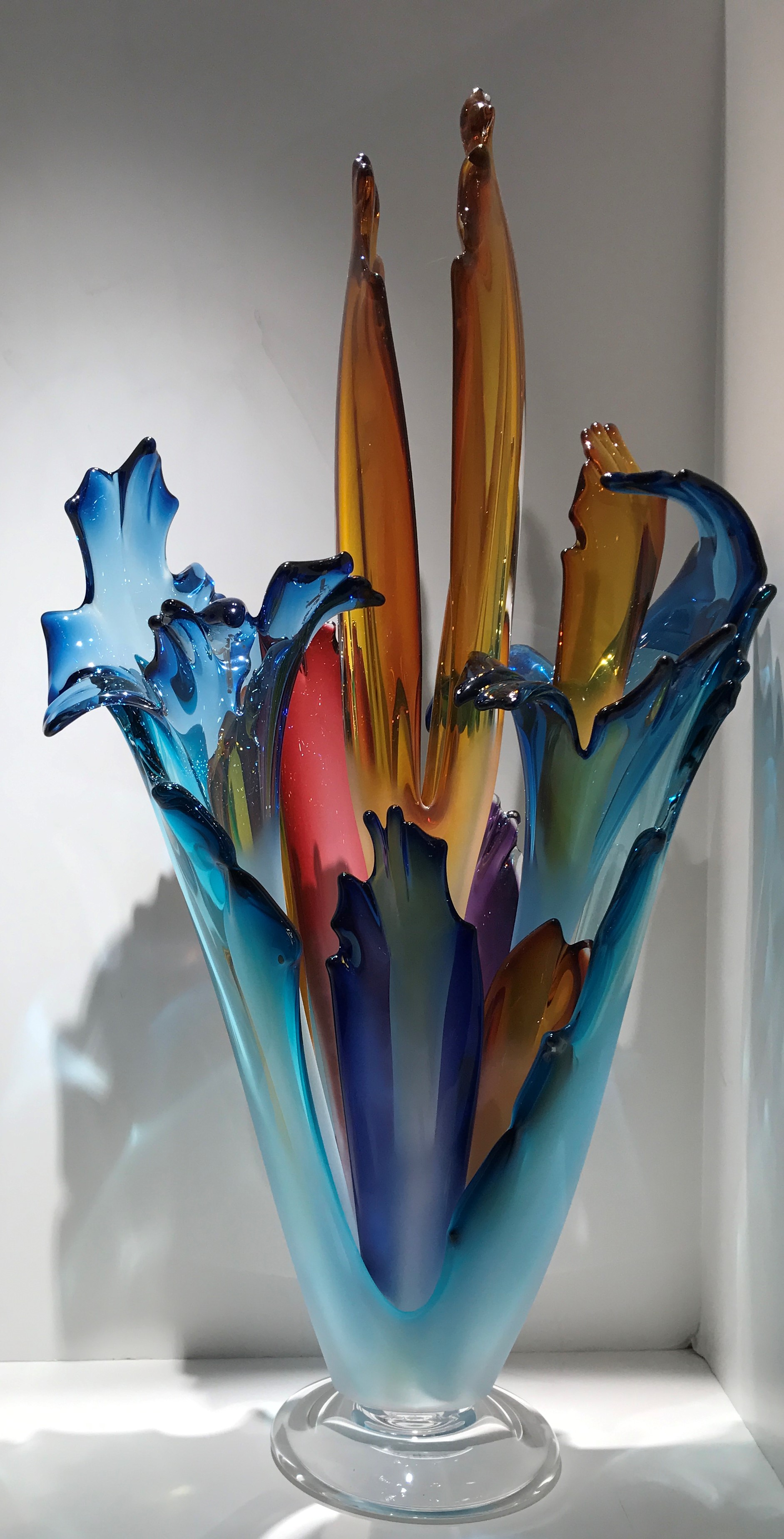 “Technology has enabled us to make enormous strides in virtually every aspect of life. Even so, our psyches and bodies remain almost identical to that of our primitive ancestors. We exhibit the force of this conflict individually as well as globally. Our struggle is to bridge this gap before it becomes unattainable and leads to our undoing.” Barry EntnerBarry Entner was born on November 1, 1959 in Brookline, Massachusetts. In the late 1970’s, Barry attended Tulane University, New Orleans, Louisiana, where he studied developmental psychology, cultural anthropology and philosophy. He also began to study glass sculpture under Gene Koss.

After graduating from Tulane, Barry studied glass sculpture at Penland School of Crafts in North Carolina with Stephen Dee Edwards and metal sculpture at Massachusetts College of Art, Boston, Massachusetts with John Wolfrum.In 1985 he built his first studio outside of Boston. He has been working in his current studio in New York’s Hudson Valley since 1997.