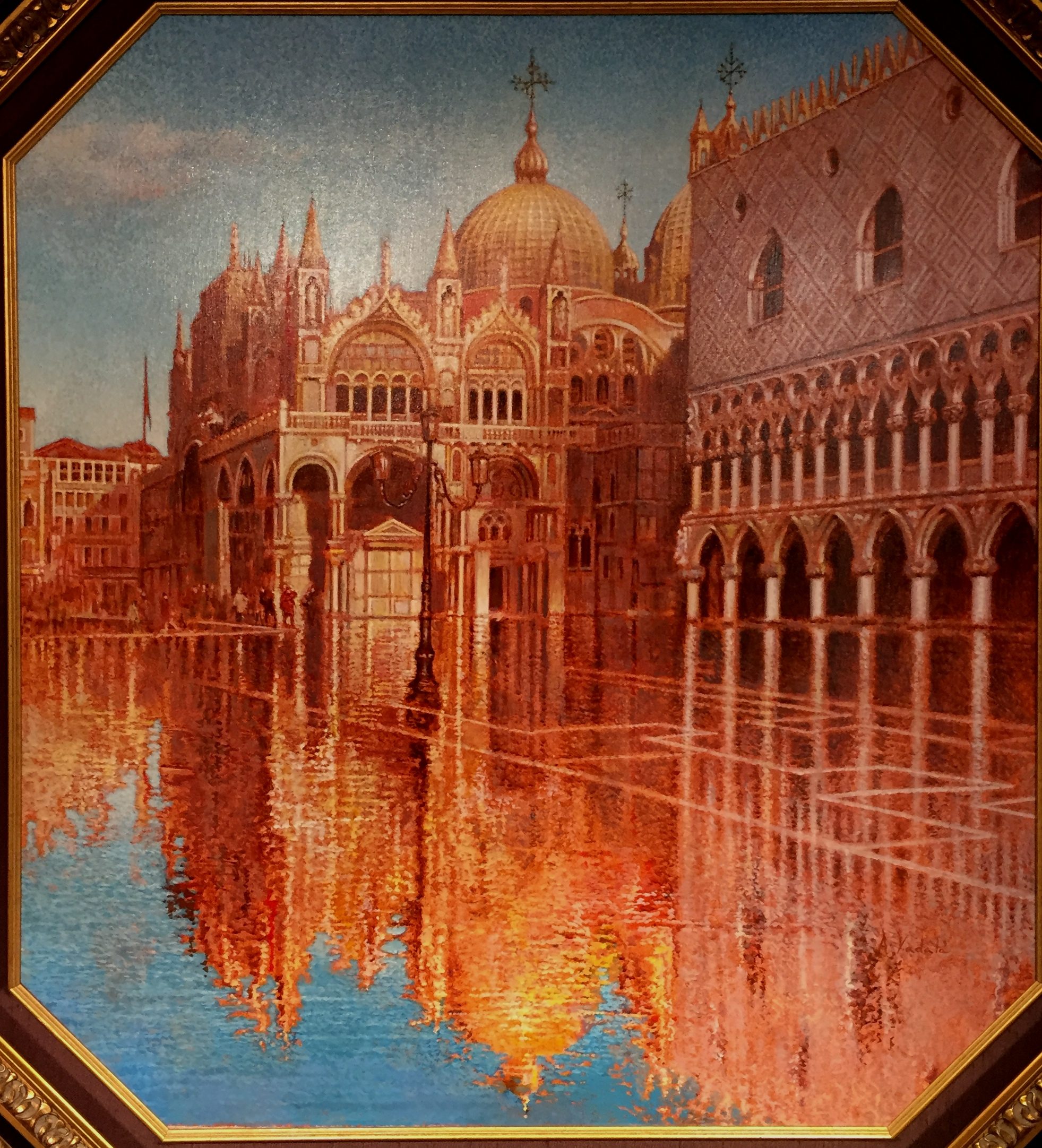 Angelo Vadalà was born in Messina. He started painting five decades ago, when he was only 12. At the age of 18, Vadalà left Sicily to live and study in Florence, officially to attend university and study architecture. But after two years of study at the Florence University of Architecture, Vadalà found he was distracted by what the many museums of that beautiful city contained, and not by the stone and wood that housed the art. His desire to capture a movement or a moment in time on canvas or in clay, called him from the study of the building of structures. His strongest need was to capture the human form, in all its beauty and majesty, and become a part of the long legacy of Italian artists that came before him. The city of Florence itself became his inspiration; Leonardo DaVinci, Velàzquez and Caravaggio, his teachers.
From his study of architecture, Vadalà had received a foundation in the art and technique of draftsmanship. Combined with his innate artistic talent and his personal study of art in the museums and churches of Florence, he paid the same scrupulous attention to mastering the techniques of painting, as it applied to the human form. One example of Vadalà’s discipline and determination to achieve excellence was the enormous time he dedicated to studying hands. He described these early efforts as critical to subsequent artistic success, often saying, “Hands have millions of positions, if you are able to draw hands well, you can draw everything”.
Throughout the 1960’s, Vadalà continued his study of art on his own. At the end of the ‘60’s, he went to New York where he was influenced by the new realism movement and the new American figurative painting style. Over the next decade and a half, he developed his personal style, based on technical perfection and dream themes. In the 1980’s he began to explore neo-classic art, Oriental art and romantic myths. Today, he is considered one of the best contemporary portrait painters in Italy. At an international level he has painted great figures of the cultural scene, show business and the world of finance, political figures, and the aristocracy of Europe. Some of his subjects have included Cinzano, Rod Stieger, Jonny Hallyday, the President of Senegal. He has received awards in many art competitions throughout Italy as well as numerous commissions for public works and for the Catholic Church. Vadalà’s work has been included in museum shows throughout his native Italy and in the United States, including the Museum of Modern Art in New York.
Today, Vadalà lives and works in Florence and Milan. He often visits and shows in the United States. His medium is most often oil on canvas, although he often works in pastel and pencil.
While Vadalà continues to take portrait commissions and paint unique and masterful figurative works, he has recently begun a series of city scenes (Venice, Jerusalem) in his precise and original style. The cityscapes are magical and extraordinary, yet immediately identifiable. They capture a light and mood that is timeless and beautiful, allowing the viewer to be transported to an idyllic place, based on reality that is better than any dream.