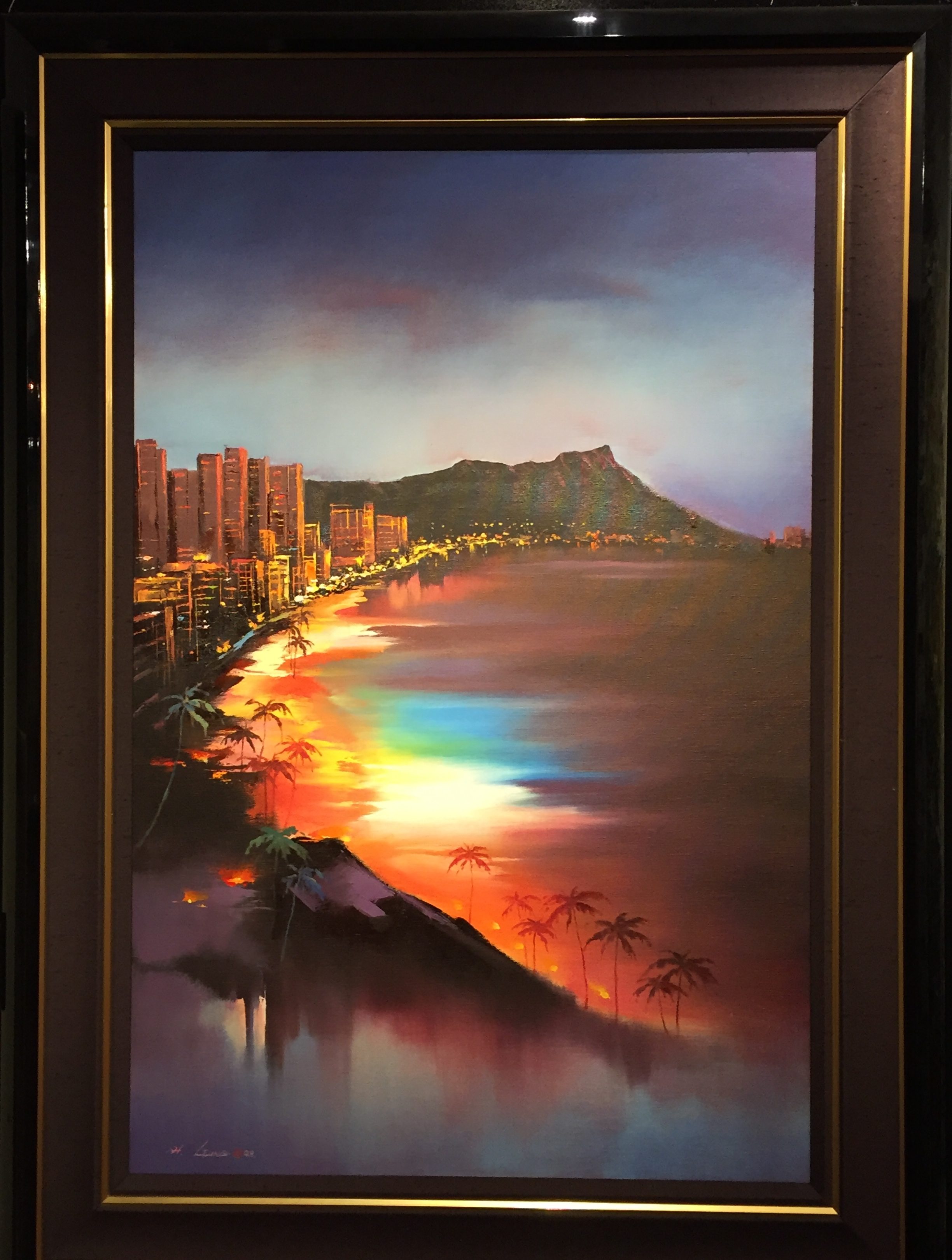 Born on May 14, 1933, in Canton, China, Ken H. Leung moved to Hong Kong in 1949 to become involved in the city’s vital young artistic community. Largely self-taught, his first oil paintings went on display in a Hong Kong gallery in 1960. Within a year, his fishing villages and coastal community scenes were a sensation in art circles, and the leading art gallery of Hong Kong started to represent his art.

In 1979, he became a resident of the United States and a legal citizen a year later. He settled permanently in the San Francisco Bay Area with his wife and four sons, including artists Thomas and Richard Leung.
Over the years, H. Leung exhibited his oils all over the world, and received numerous honors and distinctions in many countries. Today, H. Leung is recognized as one of the premiere neo-impressionist artists; a master of the enchanted landscape, dreamy moods, and magic reflections of light and color. His work is exhibited at prestigious art galleries throughout the United States. Since his first published images in 1961, demand for his limited editions has steadily increased in the U.S. as well as in Europe and Asia.