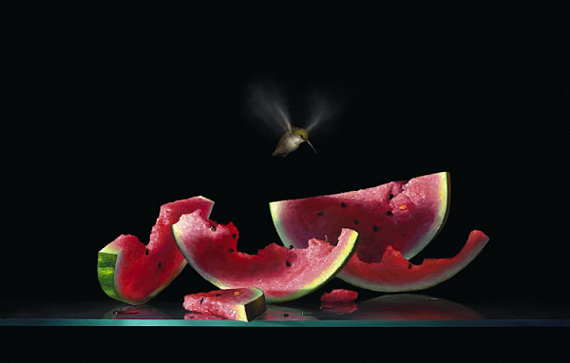 
Born April 21, 1948 in Rome, Dario started to sketch as a very young child. At the age of six, his talent for art was encouraged with the gift of a small set of watercolors from an uncle, himself a painter. When he was 14, Dario was bedridden with a kidney ailment for three months, and his father gave him his first oil paints to cheer him up. As soon as he began to work with them. there was a sense of familiarity, of being able to easily express himself in this medium. This experience influenced him profoundly to continue with his art.After graduating with honors from an industrial design course, Dario spent time concentrating on painting in the classical style, mostly still lifes. In 1967 he entered his first art competition in Norma, Italy. Dario was the youngest participant to receive awards, and was praised by the judges for his excellent work. At the age of eighteen, Dario had the good fortune to meet Giorgio de Chirico, the Italian master of metaphysical art. Dario showed him some paintings and asked if he should attend art school. De Chirico counseled the young painter to simply experiment and continue discovering his own techniques. Inspired by this encounter, Dario found that his own hard work and discipline proved to be his best teachers. He continued to work full time on his art, and by the time he was twenty, he was successfully exhibiting his paintings in the Galleria Esedera in Rome, and attracting the attention of international collectors. In 1968 Dario was called to duty by the army, but was only a soldier for two weeks. A general from Rome saw some of his work in a gallery, and commissioned several paintings for the offices of the Ministry of Defense. Dario spent the next year and a half serving the military from his own studio. He then went to London to study English and to show his paintings. Dario was able to support himself selling his art on Hyde Park Corner on weekends and participating in group shows with local artists in Chelsea. Before he left London, he was selling paintings regularly at the J. Middleton Gallery on Kings Road.
This was a turning point for the artist, because it was the first time he saw his art as not only a way of life, but a way to make a living. Dario returned to Rome, and through a club of local artists who organized collective exhibits around the city, he met Madame Lucille Duillars, an influential art consultant from Paris. She motivated Dario to take a huge step forward in the development of his style when she pointed out that his use of color, light and shadow was the hallmark of a surrealist. Mme. Duillard challenged the young artist to pursue this new direction with an invitation to show at the Gallerie L Fayette in Paris. She stipulated that he was to bring no classical artwork to the exhibit. Bring me something purely from your imagination, she said. True to her instinct, Dario flourished in this new freedom to express himself through surrealism.The next summer, one of the most exciting experiences of Dario’s life occurred. He was visiting the art colony in Cadaques, Spain, also the summer home of surrealist master Salvador Dali. Upon being shown some of Dario’s work, Dali invited him to his home for an exchange of ideas. Over the next few days, Dario was offered much encouragement and inspiration to explore new dimensions of technique and composition. Dali was really impressed with my work, Dario remembers. and maybe he was pulling my leg a little. but he decided to call me, The Roman Master.Later that year, Dario traveled to California, both to see the sights and to get a feel for the art world in the U.S. Accustomed to carrying a portfolio of his work with him, it seemed only natural to show photos of his paintings to galleries in Los Angeles as he strolled the streets. Not only was his work well-received, upon seeing it, the owner of the Acosta Gallery in Beverly Hills offered Dario a one-man show the following April. This show was extremely successful for the artist, as it introduced him to collectors from the movie and music industries, as well as bringing many offers to paint book and album covers.
After moving to Los Angeles in 1973, Dario experienced great commercial success, and explored new directions in his art. He worked with clay sculpture, cast paper sculpting and cast paper bas relief. His artwork caught the eye of actors Valerie Harper, Carl Weathers, and Cheech and Chong, musician Herbie Hancock, casting director Lynn Stalmaster, and writer Harlan Ellison, who are among the many collectors of Dario’s work. In 1986 after working in Los Angeles for over a decade, Dario was honored to be chosen from hundreds of artists to create the 75th Anniversary Logo for Paramount Studios. His beautiful design of the famous mountain symbol is seen on every Paramount publication today.In 1988 Dario moved to Carmel, where he opened his own gallery, and began to show his work regularly at galleries in Hawaii. In 1990 Dario then moved to the San Francisco Bay Area and began showing his work at new galleries there as well.In 1995, Vincent Lee of Hong Kong invited Dario, in conjunction with artist Yankel Ginzburg, to participate in the Third Annual Charity Art Gala Event to benefit the Hong Kong Council of Early Childhood Education and Service. The two artists were acknowledged in a letter from President Bill Clinton. congratulating them on their continuing efforts to promote goodwill and their contributions on the behalf of education.Dario continues to exhibit his art at various galleries in San Francisco, Laguna Beach, Aspen, Las Vegas, and Hawaii. His paintings are also owned by many private collectors. My main goal, says the artist, is to be able to express my true soul and continue my journey by taking risks and always allowing myself to explore new visions.